In response to the original topic: I will be forever impressed that my mother, now 82, was able to become a doctor when young. She was the only one of her siblings to go beyond high school. I was born during her medical residency, and my father became a reluctant stay-at-home dad. However impressive she was, she still deferred to my father (leading to many issues). So, my mother was not a feminist. Fortunately, my brothers and I didn't follow in their footsteps into the patriarchy.

While some women are making breakthroughs in some fields, there's still clear inequity. We should have more women leaders. Women shouldn't be criticized for behaving in ways that are acceptable for men. Women athletes shouldn't be forced to wear revealing uniforms (handball team has to wear bikinis or they can't play!). Girls around the world should be educated. But the inequity isn't limited to women.

Trans rights: I agree that supporting trans rights does not take away from women's rights. I asked my 2 daughters (early 20s) who are much more aware of social issues than I am about the fear of the trans community. Pretty much the idea of men in women's clothing assaulting women stems not from actual cases but fiction. The violence in 'Psycho' and 'Silence of the Lambs' were committed by men in dresses, but they weren't by the trans community. And it wasn't real. Men posting videos of themselves dressed in drag in women's bathrooms => theatre to stoke fear. The next generation of women are more savvy than us. Listen to them.

Fun fact: Ada Lovelace is the daughter of absentee-father/poet Lord Byron. I knew of the daughter since I like math history. My older daughter knew of Byron as a literature major.

Also, I have used the mens room more than once when the women's line was just too long. Maybe unisex bathrooms are the way to go?

SerenitySTAT: Perhaps your mother wasn't a feminist at home because she was keeping the peace? Was this also a cultural decision on her part? Just a thought since your father was in a reluctant role and her children were impacted by her role. However, she was in a male dominated profession and I am sure she met resistance there almost daily but was able to still be successful. I was a healthcare worker and can attest to how physicians regard female counterparts.

Love the above discussions about trans and agree that asshole will always be assholes. I am not offended by them and want all people to live the life that best suits them and their lifestyle.

As far as using men's rooms when the women's line was too long. Happened at many a conference when female to male ration was skewed to us and number of stalls was sadly disproportionate to needs when breaks had impossible time constraints: average of 45 seconds per woman/stall with over 100 women in line and break was 15 minutes and only 4 stalls available. Do the math.

Had to laugh at one guy who tried to enter the mens room, saw it was occupied by all females and sought to edify us by telling us the door read "men". We told him we could read and he was welcome to join us if he wanted to use the urinal since we were willing to share the room. He declined and left quite huffy. I would suggest hotels, etc. have the same number of stalls for women as they do urinals for equity starting in the restrooms (and none can be out of order for starters).

Men's bathroom: A couple of years ago, I was shopping and had to use the restroom. I ducked into a fast food place near my house and the ladies room was occupied. I did already know they had single stalls, so after waiting a few minutes I really had to go, so I entered the men's. When I came out, the old guy who had been sitting nearby, was staring at me shaking his head. I had sat down to arrange stuff in my bags and hejust kept on with the dirty looks. I just looked at him and shrugged, hey whaddya want. So yeah I guess (some of us ) women are not alone in wanting our own restrooms and keeping out the other sex.

A little silly with single stalls, though. Starbucks now just has two that are unlabeled.

I think I would hesitate more to enter a big one that had a row of urinals, but I guess one can get desperate enough to do anything for relief. I've seen pictures of “street urinals" in Europe, you can't see the guys genitals at all the way it's set up, but you can see them all standing there peeing. It's weird to my very American sensibilities.

A couple of places I visited in Puerto Rico had a row of stalls with floor to ceiling doors and the sinks and mirrors were a common area with an open doorway. For everyone to use. These were upscale restaurants. Not a bad setup.

Interesting detail about Ada Lovelace, thanks

About trans rights and especially in regard to what I said about sexual assault - my main problem is that the laws in certain states, and Canada too, I believe, are supporting self- ID.

If the problem is assholes with penises, this kind of law enables every possible kind of asshole. I have lived all my life in an urban area and have encountered plenty. They don’t even have to pretend to be trans or anything, a full-on appearing man can enter a women’s locker room, just hang out and the staff cannot question them. There have been reports of this happening in New York City going back years already. Even if they don’t assault anyone, I’m not there to be an object for anyone’s voyeurism or fantasies.

Non-binary gender is very interesting to me. At first, I expected see people who desired an androgynous appearance and/or gender expression, but that isn’t always the case from what I’ve seen.

I don’t personally know anyone who identifies that way but I’ve seen many women online, including celebrities, who are very typically “femme” presenting, and I’m not sure what “non binary” means in those cases.

The former teen bride Courtney Stodden is an extreme example. Lady looks like a Vegas showgirl. What does she feel is not female about her? I don’t know her sexual orientation other than she married a man, but sexual orientation doesn’t change a persons gender.

Recently I read that 80% of people identifying as non-binary are female. Makes me believe there are factors in society making young women want to opt out of femaleness. I even think that may have something to do with the increasing number of females identifying as trans.

Would love to do an in depth research project involving females who identify as non binary.

Melbo: I guess I missed the earlier mention of the topic. I just had to say something bc I feel like it's a silly argument.

Can I just say, I've sort of been reading along, you all are thoughtful and wise and I'm so hopeful for our futures after reading your posts. Great discussion!

With so much interest in transgender issues perhaps the topic deserves its own dedicated thread.

I would agree, Divine. I do feel like I’m hijacking so I do apologize xo

Betrayal - It was definitely a cultural issue for my parents. She was successful as a physician, but as a mother, she didn't keep us out of harm's way. He was never violent towards her that I can recall. Guess he knew who brought home the bacon. To this day she defends him, so I keep my distance. My brothers are more forgiving. I know that when I became a mother, I was infuriated that she didn't help us. My husband knew that I would protect my children over him.

One last thing on men's room: The first time I remember being in the men's locker room was when I was about 6 or 7. We were at the YMCA for swimming lessons. My dad wouldn't let me into the women's locker room by myself. I learned early to avert my eyes. Now there are family rooms. Perhaps that should be the default. Some retail stores already have unisex dressing rooms.

If issues around reproductive justice, contraception, sex, and parenting are of interest to you, you may be interested in reading or listening (they have podcasts) to the Rewire News Group

from their about page:

Rewire News Group is a 501(c)(3) nonprofit media organization dedicated to reshaping the national dialogue on all things sex by making it more inclusive, positive, and centered on justice.

Inspiring you to own your relationship to sex, abortion, parenthood, and power.

Women of the Arts 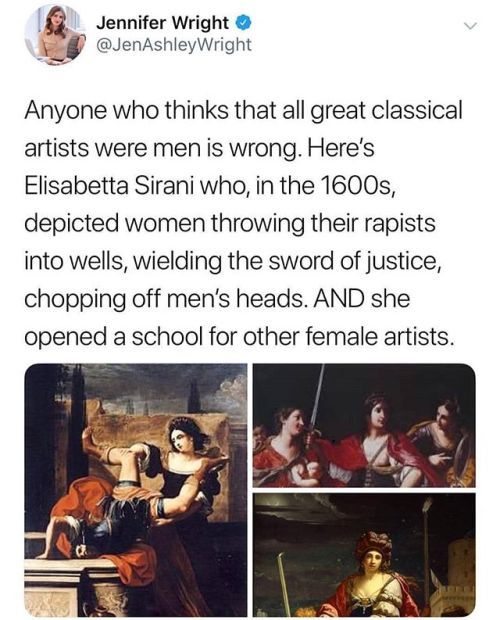 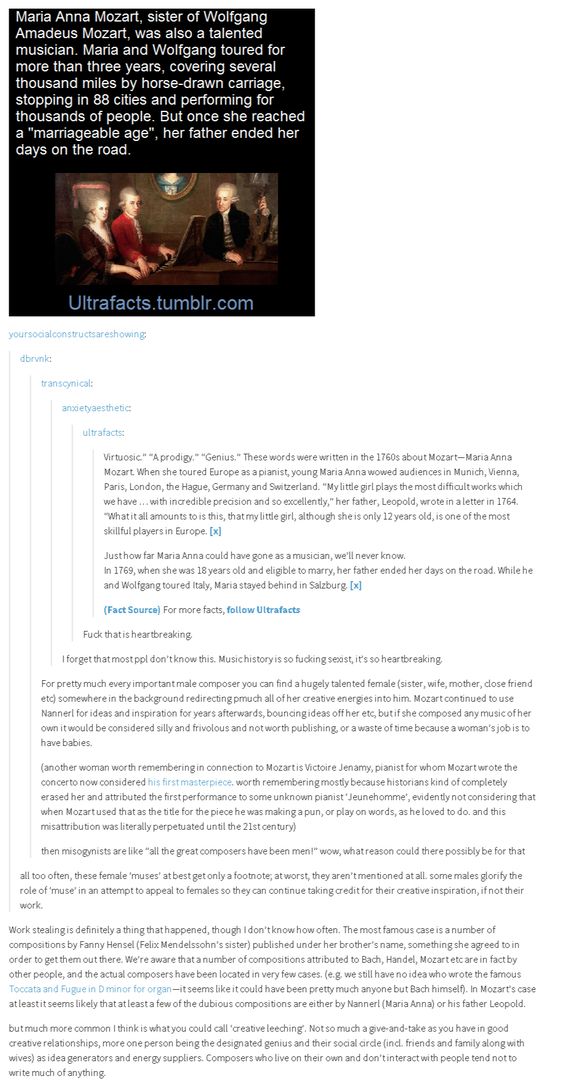 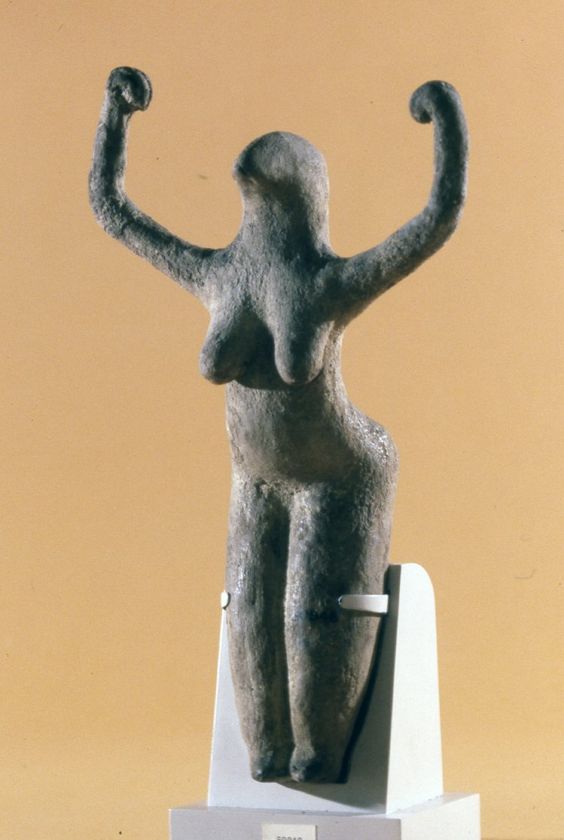