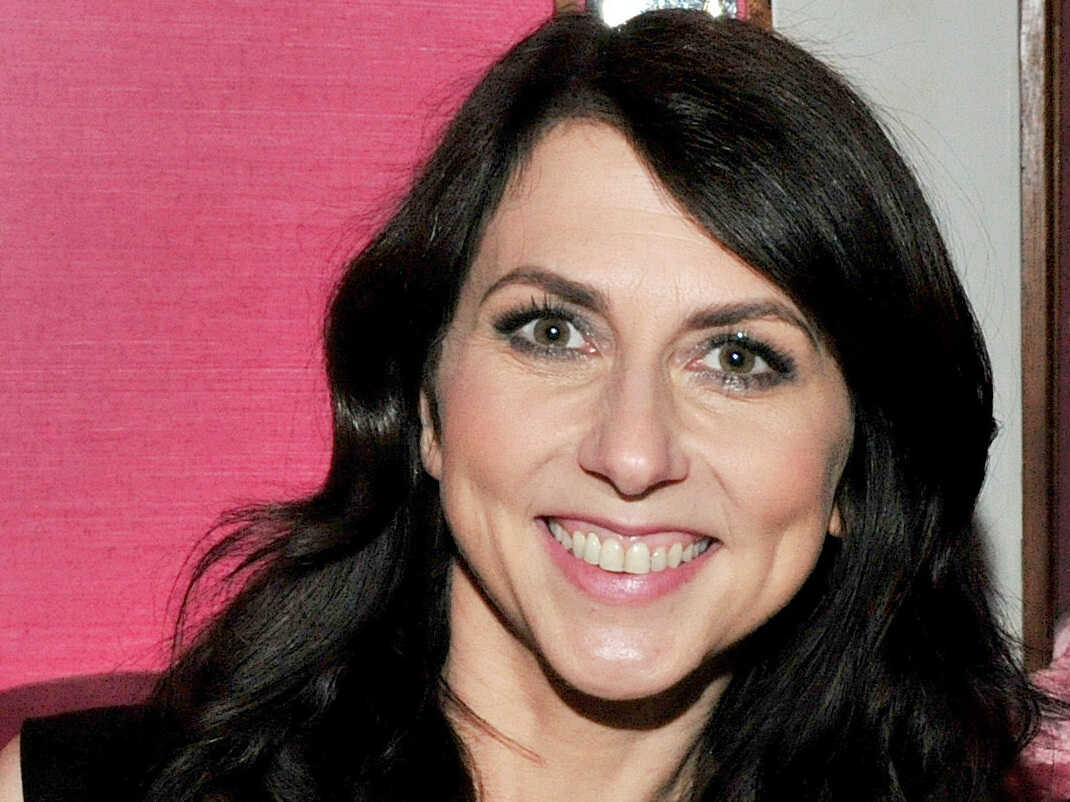 Billionaire philanthropist and novelist MacKenzie Scott has donated $275 million to the reproductive health care nonprofit Planned Parenthood — the largest-ever gift made to the organization.

In an announcement Wednesday in a Medium post, Scott detailed her latest donations to 465 organizations and institutions, including Habitat for Humanity, Boys & Girls Clubs of America and Urban Teachers.

She says the primary focus of her philanthropy is to support "underrepresented people from groups of all kinds."

"The cause of equity has no sides. Nor can it have a single solution," Scott said in her post.

"We are all human. And we all have enormous energy to devote to helping and protecting those we love," she also said.

Scott, who divorced Amazon founder and executive chairman Jeff Bezos in 2019, so far has given away more than $12 billion to nearly 1,200 groups. In her divorce from Bezos, she received a 4% stake in Amazon. Currently, her estimated net worth is $48.3 billion.

The large donation was made to Planned Parenthood's national office and 21 regional affiliates, a move that is part of Scott's 2019 pledge to give away the majority of her wealth.

"We are incredibly grateful for Ms. Scott's extraordinary philanthropic investment in Planned Parenthood, as a critical part of the public health infrastructure," Planned Parenthood CEO Alexis McGill Johnson said in a statement.

The donation, McGill Johnson says, will support the nonprofit's efforts to improve health equity for its patients of color by eliminating racial and structural barriers in the community.

From a FB women’s page:

When Dorothy Height showed up at Barnard College in 1929 with her admission letter in hand, she was told by a college dean that they had already reached their quota of "two Negro students per year." Height, who had just graduated with honors from an integrated high school in Rankin, Pennsylvania, says that she was crushed, recalling, "I couldn't eat, I couldn't sleep for days." Unwilling to defer her dreams, she visited New York University with her Barnard acceptance letter and they admitted her on the spot. It was this determination that would drive Height through the following decades as she became, as President Barack Obama observed, "the only woman at the highest level of the Civil Rights Movement -- witnessing every march and milestone along the way."

Born on this day in 1912, Height graduated from NYU with a master's degree in educational psychology in 1933 and began working as a caseworker with the New York City Welfare Department. She joined the National Council of Negro Women at the age of 25 to become active in civil rights activism, and in 1957, she was named its president — a position she would hold for the next forty years. In that role, she organized "Wednesdays in Mississippi," a group that brought Black and White women from the North and South together to create bridges of understanding across regional, racial, and class lines. Height often advised national political leaders on civil rights issues, including Eleanor Roosevelt, Dwight D. Eisenhower, and Lyndon Johnson, and she was honored with the Presidential Medal of Freedom in 1994 and the Congressional Gold Medal in 2004.

For decades, Height had a far-reaching impact on the Civil Rights Movement, particularly in terms of encouraging women's involvement in civil rights activism; however, her efforts were rarely recognized by the media at the time or in history books today. In his memoir, civil rights leaders James Farmer included Height among the "Big Six" leaders of the Civil Rights Movement, alongside such figures as Martin Luther King Jr. and John Lewis but observed that sexism led to her contributions being frequently ignored. For her part, Height said in an interview that her rejection at Barnard taught her "that there is no advantage in bitterness, that I needed to go into action, which is something I have tried to follow since." Before she died at the age of 98 in 2010, she said, "I want to be remembered as someone who used herself and anything she could touch to work for justice and freedom. I want to be remembered as one who tried."

Cross posting this from the political thread. The new forum formatting jumble has made it harder for me to post to this thread which irritates me and make me sad since this is Women’s History Month and I had a lot to share but having difficulty navigating around.

Oscars 2022: a historic night for women – overshadowed by male violence
If Jane Campion becomes the third woman ever to win best director but Will Smith slaps Chris Rock, did it really happen? 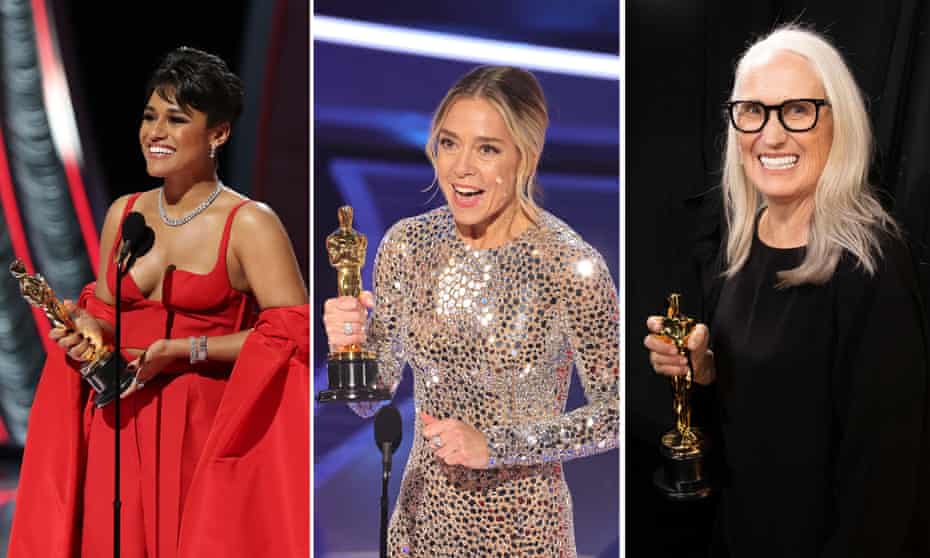 It was a historic night for women in film. Jane Campion, the revered New Zealand-born Australian director, became the third female film-maker ever and the second in a row to win best director in the 94-year history of the Academy Awards.

But in the end a night of momentous achievements was overshadowed by an act of violence between two men.

The mood in Hollywood's Dolby theatre was muted and shocked after actor Will Smith slapped comedian Chris Rock on stage, after Rock compared Smith's wife, Jada Pinkett Smith, who is bald and has alopecia, to GI Jane.

"Wow, Will Smith just smacked the shit out of me," Rock said, as Smith returned to his seat. Smith then yelled: "Keep my wife's name out of your fucking mouth!" Smith later apologised to the Academy, but not to Rock.

Some attempted to refocus attention on other moments in the three-hour ceremony. The New Zealand prime minister, Jacinda Ardern, sent her congratulations to Campion, saying: "Thank you for once again putting New Zealand on the world stage, displaying just how beautiful our country is with her talent, her skills and her storytelling. It's a phenomenal outcome and I know we're all very proud of her."

"Let's take a moment from talking about men not being able to control their rage – because that happens all the time," one Twitter user said. "What doesn't happen all the time? Women being nominated, much less winning, Best Director. Congratulations Jane Campion."

"Jane Campion thrilled she's no longer the first result when you Google 'Oscars Serena Williams scandal'," said another Twitter user, referring to Campion's Bafta speech that saw her accused of diminishing the achievements of the Williams sisters. Campion later apologised for her "thoughtless comment".

Campion had already made Oscars history by becoming the first female director to be nominated twice in the category, having been previously nominated in 1994 for The Piano. She did not win in 1994, but did take home best original screenplay and was the first female film-maker to receive the Palme d'Or at Cannes.

With nominations in 12 categories, The Power of the Dog had started out as the 2022 Academy Awards' frontrunner. However, it slunk home with just one. Campion now joins Kathryn Bigelow and last year's winner Chloé Zhao as the only female winners of the best director category.

A very informative article in The Atlantic in 2017:

It wasn't until 1981 that the Federation of Feminist Women's Health Clinics created anatomically correct images of the clitoris. Published in A New View of a Woman's Body, the images were part of a wider attempt to provide thorough, accurate information to women to support their health. Decades later, in 2009, the first 3-D sonography of the stimulated clitoris was completed by French Researchers.

Ignorance persists today. As the University of Western Sydney clinician and physiotherapy researcher Jane Chalmers explains, the subject of the clitoris is still avoided or ignored. "Several major medical textbooks omit the clitoris, or label it on diagrams but have no description of it as an organ," she says. "This is in great contrast to the penis that is always covered in-depth in these texts."

I wish I could say "unbelievable" but sadly believable.

Talking about the clitoris seems to be very taboo. I'm sure there are many reasons why; one is that I think too many people want women to be these motherly figures making oatmeal in the kitchen and not lusty, pleasure seeking women who touch themselves or let another touch themselves there. Some cultures take away a woman's right to pleasure with female genital mutilation. It is so culturally ingrained in so many that women ought not give in to their sexual side. Oh, but it's okay to be objects of men's pleasure, just not their own. For the clitoris to be so ignored by the medical community for so long is atrocious.

I may have mentioned in this thread a book I read, “Come As You Are: The Surprising New Science That Will Transform Your Sex Life" by Emily Nagoski, PhD. The book is about how female sexuality works, based on research and brain science. It is not a quick read like I thought it would be. It covers quite a lot of information that took time to digest and understand. Can't say my sex life was transformed, haha, but I gained good insight.

I want to acknowledge the confirmation today, April 7, 2022, of Ketanji Brown Jackson, the first Black female justice of the United States Supreme Court! It makes me so happy!!!

Divine...me too. When I think of the concept of 'stand your ground' I imagine Ketanji Brown Jackson letting the arrows fly at her during her confirmation hearings, without responding with bravado or anger. A true warrior.

In spite of all the horrible things this country has gone through in recent years, I am proud and happy that progress has been made in some vital areas.

This is so interesting! A woman as Hamlet in 1921 - or rather, Hamlet as a woman, portrayed by a woman.

ETA: How misogynistic of my phone - it autofilled the word "cute" when I typed "so" and I didn't notice until I posted it. GRRRRR.